Get started for free: Schedule a free 30-min call with a Daily9 coach!
Start here 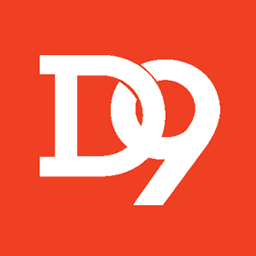 Vikram & Lavanya, a couple in their 40s, were surprised to see the results from Daily9. They had been battling back pain and other aches for a while and never thought that basic changes to their diet, exercise and sleep could help them.

Vikram & Lavanya (names changed on request) knew that they needed to get fitter.  They had been battling back pain and other aches for a while and never thought that basic changes to their diet, exercise and sleep could help them.  Lavanya, who had always been petite when she was younger, had put on a lot of weight with the birth of their twins.

After hearing about the D9 programme, they decided to join together.  They were initially quite sceptical about whether they would be able to stick to the plan, but over the course of the 10 weeks, they realised that not only were they able to change their habits, they were slowly but surely losing those kgs and inches.

At the end of 10 weeks, Vikram had lost 6% of his starting weight while Lavanya had lost approx. 5.5% of her body weight.  They felt lighter, fitter and were receiving lots of compliments about their new look!

This is what Vikram said about his experience....very tongue-in-cheek, as you can see 😄:

"I began the FLC with disbelief having seen the app and the size of a cup - thought the app hadn’t factored the possibility that I might deserve more starch than what was allotted. My feelings of disbelief driven by “who moved my starch” became “who moved my weight and size” by the end of FLC.

The gamification has worked brilliantly, and that too, on someone who might’ve easily qualified as the Holy Grail of healthy eating challenges.

Thank you for the last few weeks, and I shall go back and continue worrying whether better habits caused the change or whether using the app caused a medical condition that contributed to weight and size loss!"

We're determined to make better health a reality for you and your family. How? By showing you simple and proven changes you can make to the way you eat, move and look after your body. Discover more by signing-up to our weekly newsletter.

Thank you! Please check your email to confirm your subscription.
Oops! Something went wrong while submitting the form.